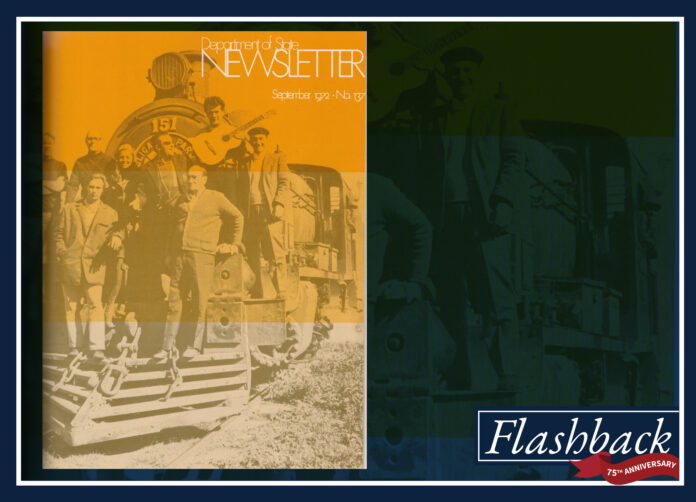 Ambassador J. Raymond Ylitalo (back row, second from left) and Asunción Bi-National Conference (BNC) Director Wallace Keiderling (back left) appeared on the September 1972 cover of the Department of State’s Newsletter with a team of Paraguayan and U.S. musicians. The team rode the cowcatcher of an ancient Paraguayan Railway steam locomotive, which pulled a BNC-sponsored Musical Train through the interior of Paraguay, presenting concerts at each of the railway stations along the route. Embassy officials estimated that 40,000 people came by foot, horse, and oxcart to hear the musicians perform. Musical diplomacy remains one of the many ways that U.S. diplomats connect with local communities overseas.